The Food Film Festival is back for its 11th consecutive year in New York City! We hope to see you for four unforgettable events. This year, we have some of the best Food Films we’ve seen to date, off-the-charts food and drink, and much, much more!

FRIDAY
Hometown Heros: Chopped Cheese & More
Presented by Schweid & Sons
Friday, October 20 | 7pm, VIP 6:15 pm
GA $75, VIP $100
This night is all about hometown favorites – the sandwiches, the heros, the hoagies, the subs – the guilty pleasures and decadent delicacies you can’t live without!
Films: 1 Minute Meal: A Documentary Portrait of NYC, The Science of Dry Aging, Seared, Sacred Gin, Hometown Hero: The Legend of New York’s Chopped Cheese, Why Rappers Love Grey Poupon
Join us after the films to eat, drink and meet the Festival chefs, purveyors and partners.

SUNDAY
For the Love of Brunch!
Sunday, October 22 | 12pm
GA $45
Where else would you be on a Sunday afternoon? Don’t miss this veritable midday feast as we unleash a series of beautiful films all celebrating America’s favorite meal: Brunch!
Films: The Hungover Origins of Brunch, Come Have an Omelet with Me, Breads Bakery – Amour d’Rugelach, How to Taste Beer in Oakland, Sweet Funk, Slingers, Cooking with Dr. Taquito: 3 Ingredient Pancakes, Finding Pisco, Snooker Loopy, This is Not Carrot Cake, Wagashi
After-Party featuring all your brunch favorites!

“I Take My Coffee…”, Our Bean Hoppers Coffee Experience 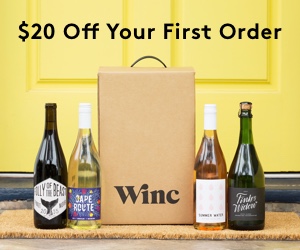