Adorable Instagram Pets You Will Want to Have on Your Feed 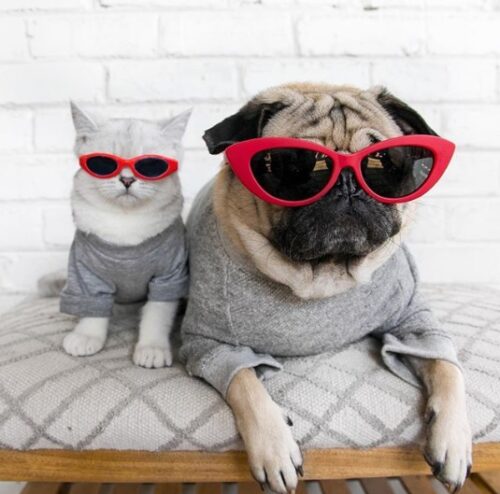 Picture this…cute canines and felines popping up as you scroll through your feed. Smiling already? It is known that smiling releases endorphins, and these ‘feel-good hormones’ are something we can use a lot of right now. Adorable IG pets are more in than ever ATM, unless you aren’t a pet person; In that case, we can’t be friends. Now, onto our daily dose of cuteness. 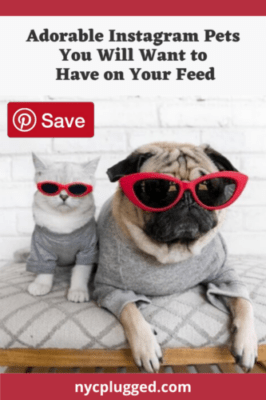 New episode coming tomorrow!! Daphne made us dress nice for this one.. Any ideas?! 😉🙂” ~ Crusoe

Crusoe the Dachshund (@crusoe_dachshund) would probably have to be my favorite pet on Instagram, with a following of 803K. What I love most about his page are the videos; they are hilarious and will actually have you laughing out loud. Crusoe is even a New York Times Bestseller with his books “Crusoe, the Celebrity Dachshund: Adventures of the Weiner Dog Extraordinaire,” and “Crusoe, the Worldly Wiener Dog: Further Adventures with the Celebrity Dachshund” If that is not enough, check out his YouTube channel here, which features recent collaboration videos with his sister @itsadaphneday.

Unlike the virus, my curves don’t need flattenin’

As mentioned above, Daphne (@itsadaphneday) is also up there on my favorite list. I’ve replayed her content so many times,  I’ve lost track. Highlights would have to be when Daphne gets a haircut, and when she hosts a tea party, dancing with fruit on her head. If she isn’t cute enough to look at, her voice just amplifies her cuteness.

If you don’t follow @realgrumpycat, I highly recommend that you do. That’s right, an Instagram page dedicated to the world’s grumpiest cat, highlighting her permanently ‘grumpy’ facial appearance. She even became the star of many memes such as “Like a Good Neighbor, Stay Over There,” or “It’s No O’clock.” I can spend hours going through her feed!

With 3.9 million followers Doug the Pug (@itsdougthepug) calls himself ‘The King of Pop Culture‘. With hilarious captions such as “Spring Break, Bro,” while playing beer pong, or a photo referencing the Netflix documentary Tiger King, there is plenty of reasons why he has the following that he does. If Instagram isn’t enough for you to get your daily dose of Doug, check out his TikTok channel here. What I love the most about this account is the effort that goes into every photo, and the funny captions that go along with each one.

'Thanks to my PAWSOME followers who smashed the fundraising target to help our animal friends in Australia! I love you all' ♥️🐨🦘🇦🇺 ~ Harlso 🐾

What is cuter than a dachshund? One that can balance objects on their head of course! If you haven’t checked out Harlso (@harlso_the_balancing_hound), you’re definitely missing out. Being a Dachshund owner myself,  I am impressed by how they manage to get him to sit still, let alone balance anything on his head. From food items to coffee cups, there is nothing that Harlso, can’t accomplish. If balancing isn’t enough, he has also won Northern Ireland’s Social Media Personality of the Year in 2019 and has had media coverage on BBC, ITV, Sky, CBS & NBC!

Cuddle up at home with BUB + help animals in need: 25% off BUB blankets and pillows at the link in BUB's bio (www.lilbub.com/store) #bubforever #bestjobbub #lilbub

Lil Bub (@iamlittlebub) is absolutely adorable and her 2.5 million followers agree. As a result of a genetic abnormality she has retained her kitten-like features. Just when I think she can’t get any cuter, a new post proves me wrong every time. What makes her extra special is that she has her own online store selling pillows and blankets, and sales go towards helping special needs pets. You can’t get any better than that!

What’s the time where you are? 🇺🇸🇹🇭

Nala Cat (@nala_cat) is another internet sensation with 4.3 million followers and is probably Instagram’s most popular cat. This adorable cat with the cutest round eyes was adopted from a shelter and has a new book  out called ‘Living Your Best Life According to Nala Cat.’ She is also a Guinness World Record Holder for having the most Instagram followers as a cat, and the topping on the cake? She has her own premium cat food brand called ‘Love, Nala Co.‘ It’s evident that there is nothing that this cat can’t achieve.

Finally, Jiff Pom (@jiffpom) has to be the cutest Pomeranian you will ever see! Dressed in the most adorable outfits he looks just like a teddy bear! With 10 million followers, he would have to be the most popular pet on Instagram and has been described as the cutest dog in the world. He even appeared in Katy Perry’s music video Dark Horse in 2014, and also has his own emoji line called Jiffmoji.

So what are you waiting for? Head to Instagram, and get these cuties on your feed. I’m sure you will enjoy scrolling through them as much as I do.

Take a Vacation From Your Living Room With These Cocktails From Around the World Let’s Get Virtual! 7 Tips to Make Your Next Get-Together a Success

All You Need Is a Good Dose of Vitamin Sea: Beaches in and Near NYC to Visit This Summer!

"In all things of nature there is something of the