Can you name the movie above? By now, you’ve probably scanned all of Netflix, Amazon Video, Hulu and Youtube to find new films to watch. Keeping things interesting, we’ve decided to bring you a list of films that have New York City roots, paying homage to notable New Yorkers and their call to fame. Grab some microwave popcorn, a bottle of wine from your stash, and tune into a few of these worthy features. 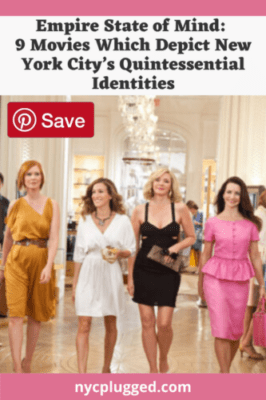 Like many, getting a start a career in New York City as an intern or assistant to someone else in the industry is well sought after. In the case of Chloe Sevigny, who is known for her for work in indie films and modeling, got a break with teen magazine Sassy Magazine, where hopefully she didn’t get stuck with the dreaded coffee run.

If you’ve ever had the opportunity to be a New York summer intern or underpaid assistant, this movie will probably speak to you on a new level. When two assistants are fed up with the behaviors of their own boss, they decide to set them both up in order to get them to focus attention on someone other than themselves. 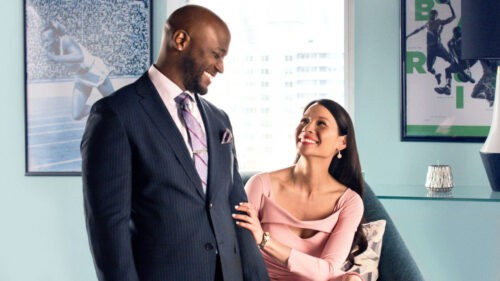 Ariana Rockefeller is your present-day socialite, who seems to fall in line with Leopold’s distinction. She is the great-great-granddaughter of John D. Rockefeller, the founder of the Standard Oil Company and sometimes noted as the wealthiest American of all time. It would make sense that is she is also a skilled equestrian. Needless to say, her legacy most definitely goes way back.

Living out our love lives vicariously through movie characters is not unheard of, dependent on the movie of course. Kate McKay is your modern-day working woman trying to climb the corporate ladder to success. Leopold is a Duke from 1800s Albany. When Leopold somehow ends up in present-day NYC, this unlikely duo might be the perfect match for one another. Or as cliques go, have both of them really sworn off love for good? 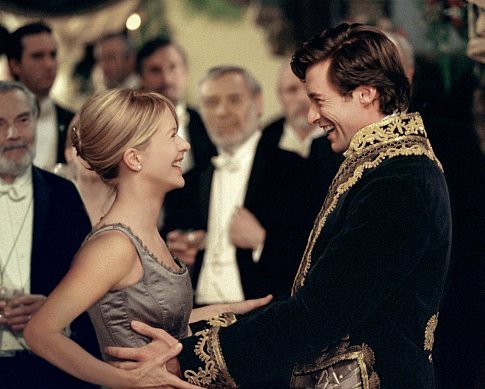 If you’ve ever seen Bravo’s The Real Housewives of New York City, it’s no secret that SkinnyGirl founder Bethenny Frankel likes to shop. Although the New York maven is currently living in her new home in Boston, you can normally find her in the city with a shopping bag in hand (most likely designer).

Sex and the City 2

Now that you’ve probably binge-watched the series for the 10th time, it just makes sense to give their equally addicting movies a go. Sex and the City 2 focuses on the friendship of the paradigmatic characters once more as they find themselves traveling, learning about marriage and motherhood, and oh, lots and lots of shopping.

Born and raised in Bedford-Stuyvesant, Jay-Z embodies that Brooklyn go-getter attitude. Rising to fame with his debut album Reasonable Doubt, the billionaire is credited with the founding of clothing line Rocawear, sports bar and nightclub 40/40 Club, entertainment agency Roc Nation, now-defunct Roc-A-Fella Records. On top of being the owner of music streaming service Tidal. Married to the dynamic Queen Bey, Jay-Z is simply Hov’, and he’s unstoppable baby.

Do the Right Thing

A Spike Lee classic, Do the Right Thing takes place on a hot summer day, also set in Bedford–Stuyvesant. The film surrounds its memorable characters, and the neighborhood’s simmering (no pun intended) racial tensions involving Sal’s pizzeria. 1980s NYC marked a decade of racially charged violence, as its motto of the film goes “It’s the hottest day of the summer. You can do nothing, you can do something, or you can Do the Right Thing. 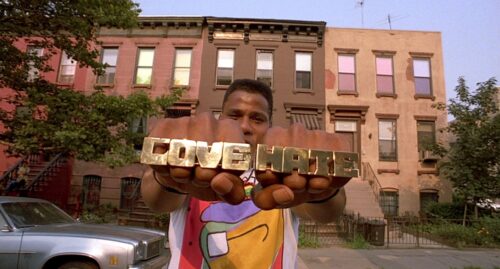 Born in New York, Washington returned to his roots by purchasing a $13 million condo in Central Park West Manhattan, where he lives with his wife Pauletta. The couple is known for having one of the longest marriages in Hollywood history, as the two are still going strong today. Did you know it took at least three marriage proposals for her to say yes? Talk about meant to be!

Featuring the Lovebirds of the 1990s, You’ve Got Mail stars Tom Hanks and Meg Ryan, as New York City rival bookstore owners. It follows their undiscovered connection from their first meeting online, like how many relationships may start these days. As the plot continues, the two become friends, only to find out that true love was right in front of them. You never know, the next time a cutie sits in subway seat across from you, they might just be your forever. 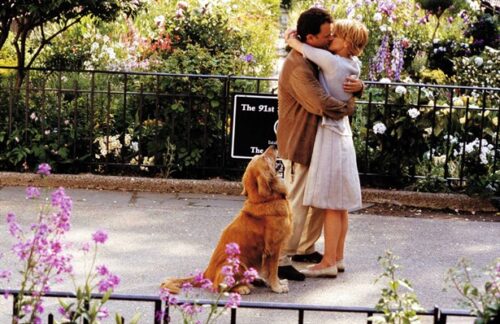 Did you catch Eddie Murphy’s one night return to SNL this past December? Born and raised in Bushwick, Murphy got his start in stand up comedy where he became a popular act in the comedy clubs. The early 1980s is when he became an SNL cast member and well known nationally, for his acts playing the characters Mr. Robinson and Gumby. Not to be placed in a box, the rest is history, as he went on to star in some of the nation’s top dollar feature film roles, like Coming to America, Beverly Hills Cop, and Nutty Professor.

Most of us are probably at home checking off our endless to-do lists. In this feature of comedic gold, Brittany Forgler is a 28-year-old party hardy New Yorker who defends for her shortcomings, by not taking it serious and throwing humor at it. In order to get healthy and in shape she switches gears into her can-do attitude, and sets out to the train for and run in the New York City Marathon. 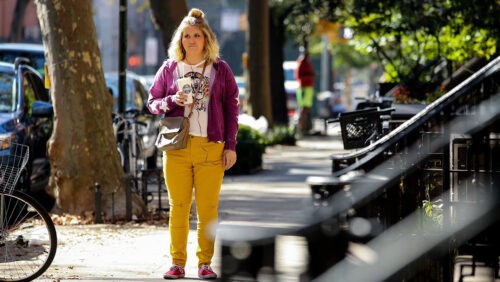 JLo does it all. The singer, actress, dancer, producer, and businesswoman, hailing from The Bronx is also very charitable, giving back when and where she can. Selling millions of records worldwide, she’s also engaged to New York Yankees baseball player Alex Rodriguez, further solidifying her power status.

As the saying goes, “If you can make it there, you’ll make it anywhere” Much like what Eddie Mora (played by Bradley Cooper) tries to do, as he faces unemployment. After ingesting a powerful drug that enhances his mental ability, Mora rises to the top financially and gets the attention of a wealthy businessman played by cinematic powerhouse Robert De Niro. 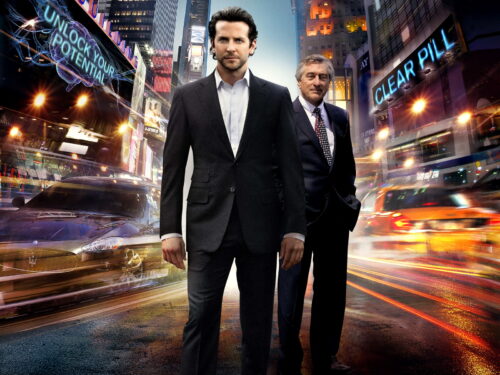 Born in the Bronx, Gotti and his brothers grew up in poverty. At an early age, he moved from a life of living poor to a personal world of luxury. Making hundreds of millions in namely loan sharking, drug trafficking, and prostitution, he was considered one of the most powerful and dangerous men in the United States at his peak. Known for being outspoken, he would often sport a flamboyant style in the public’s eye.

Denzel Washington does what he does best, by playing real-life gangster Frank Lucas, chronicling his rise and fall in 1970s New York City. Going from a right-hand man to Harlem’s top crime boss, Lucas earns his reputation by smuggling heroin into the US during the Vietnam War and selling his own brand of the drug. As most crime movies go, on the other side is a detective who makes it his duty to capture Lucas and bring down his operation. 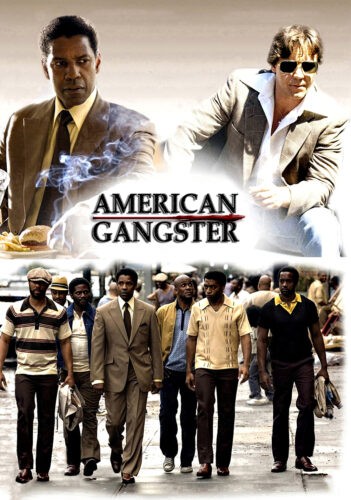 Born in Brooklyn, Allen has many accolades under his belt. His humble beginnings started as a comedic writer and stand up comedian, to creating well-known romantic comedic films like Annie Hall and Manhattan, which impart a classic New York City flair. Clearly proficient in the arts, Allen also has a claim to fame in theatre and music. With all that he’s accomplished, he embodies that New York hustle mentality.

Giving us a look at the Bohemian New York City in the mid-1980’s, Desperately Seeking Susan follows a bored housewive, a too cool for school drifter played by Madonna, and their interactions surrounding the personal column of a newspaper. All the things we loved about New York City in the 1980s and even today are featured in the locations shown, from the Port Authority Bus Terminal, and nearby Times Square to the triangle of Soho, East Village and the Lower East Side. 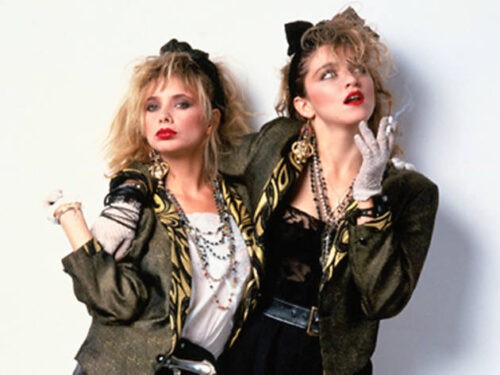 Want to start checking off films from this list?  Get one month of free trials from Hulu here and Amazon Video with Prime here.

8 Creative Ways to Celebrate Easter at Home Living Up to the Whipped Coffee Trend: 7 Aesthetically Pleasing Coffee Drinks You Can Make at Home