If you’re a true New Yorker, it’s common knowledge, when it comes to brunching in the city, there are your popular neighborhoods like The Village, Chelsea, and the Lower East Side, but Harlem holds many gems you might be missing out on. If you have yet venture uptown or even your own neighborhood, you should be adding the dining and nightlife venue, Cove Lounge to your list. Located in Central Harlem, at the Corner of Malcolm X Blvd and W126th Street, Cove Lounge hosts and is known for their Sunday Brunch, featuring a food and cocktail menu of Caribbean flavors, blended with Southern cuisine.

Every Sunday through September Cove Lounge, who is also celebrating their 7th year in 2019, will be dishing out their newest brunch menu, launched this just summer. Popular dishes include their classic Chicken & Red Velvet Waffles, Georgian Peach French Toast and their Cove Burger, where the meat can be swapped out for an Impossible Burger.

We were lucky to get our hands and mouths, on all the main brunch options:

I can truly say, each dish was absolutely D-E-L-I-C-I -O-U-S. I would recommend getting more than one dish to share with the table, or returning a couple times, to get a taste of it all. After all, we only have a handful of summer Sundays left! Now I’m a sucker for a great Benedict, and/or Shrimp and Grits, but the Chicken & Waffles did have a wonderful sweet and savoriness to it. A juicy burger topped with a fried egg, might just also be what you need to pair with your brunch cocktail.

We were also able to try some of their fabulous summer cocktails. I went with the Smuggler’s Cove which is made with Hennessy VS, Sailor Jerry Rum, Combier, Pineapple Juice, Orange Juice, Orgeat Syrup, Aphrodite Bitters, and topped off with Port Wine. You can check out the other selections above, it’s all really is based on if you’re a Vodka, Tequila, Rum or Whiskey person. I mean it’s not really brunch, if your cocktail game isn’t on point, AMIRITE? 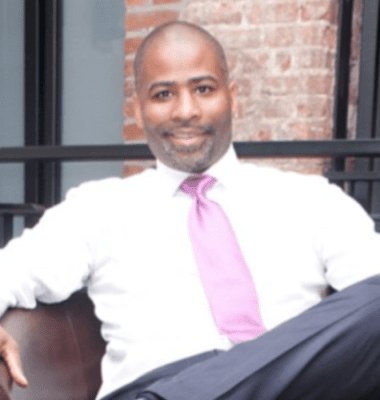 We got the chance to pick the brain of the Director of Operations, Billy Council. Here’s what he had to say:

1. The brunch menu was delicious, we couldn’t pick a favorite!  What is your favorite brunch food and cocktail item off the Cove Lounge menu?

get link BC: I’m very much like you, where it’s hard to pick just one favorite from our brunch menu, but of all the items, my absolute favorite is Cove’s Famous Chicken & Red Velvet Waffle. I don’t drink alcohol, but our bartenders are able to make mocktails of any drink on the brunch drink menu, and my favorite is the Cove Punch.

http://roadtriptheworld.com/?kaletra=lopinavir-coronavirus-online-store 2. Harlem has a few top NYC brunch spots, what makes Harlem the neighborhood to come to for your late morning/early afternoon grub?

kaletra generic BC: I’d have to say Harlem is the neighborhood to come to, because it has a bit of everything, in terms of food options, in one condensed area of the city. Not to mention, the culture and the people are so diverse that it makes Harlem infectious.

lopinavir buy online 3. What do you think Cove Lounge means to  the Harlem community?

BC: Cove Lounge has become a staple in the Harlem community, even employing many people from the neighborhood. So in my opinion, Cove represents opportunity first and foremost. I would also say Cove is like family, people know they’re always going to get great food, served my friendly people, just like being home.

4. How long have you been with Cove Lounge, and what draw you towards it?

BC: I opened Cove Lounge 7 years ago. What drew us to this type of business is our love for people, and wanting to bring them together via something we all love – good people, good food, and good music.

5. We also heard that Cove Lounge is also pretty popular for nightlife, what does your venue offer, that others don’t?

BC: Cove Lounge does in fact have a popular nightlife. What I feel Cove offers that other venues don’t is a friendly, comfortable environment that isn’t pretentious. When you come to Cove, you can be yourself and enjoy meeting great people.

ALSO! Harlem Week, in it’s 45th year, is also well under way. Running though August 24th, it’s a great opportunity to check out Cove Lounges’ Sunday Brunch, after touring all the great culture Harlem has to offer!

It's Brunchin' Time! 🍤🍴 . Brunch is one of the most important meals of the weekend, so you might as well get it right! . Cove Lounge @coveloungenyc delivers with their summertime brunch menu. Featuring items like this divine Shrimp and Grits dish, or their Fried Chicken and Red Velvet Waffles and Crab Cake Benedict, just to name a few 🤤 . Their cocktail menu also hits the spot, with their Honey Cove, made with Jack Daniels Honey or the Smuggler's Cove made with Hennessy VS and Sailor Jerry Rum. . What's Your Favorite Brunch Dish?❓ . Get the real low-down in our latest blog post, over at nycplugged.com! . . . . . . . #nycplugged #covelounge #harlem #centralharlem #brunch #shrimpandgrits #eeeeeats #instafood #feastagram #foodphotography #yelpeatsnyc #timeoutnewyork #nyceats #nyceeeeeats #eaterny #forkyeah#foodie #foodblogger #zipkick #thrillist #zagatnyc #newforkcity #nycsporkful #emdailypic #infatuationnyc #bestfoodny #bestfoodfeed #nycgo

Nothing feeds the soul like the best of music, art and food. A New Yorker by heart, scoping out all the awesomeness of this big ol' city.
*DISCOUNT* What’s Ya Zodiac? Art Pop Up- Friday August 23rd – Sunday September 1st VerizonUp: ‘This is Shawn’ Immersive Popup- Friday August 23rd- Saturday August 24th