watch Treble, NYC’s underground music community, is going to be launching its official beta-platform this month, and we were invited last Tuesday to the Pre-launch Media party at the McCarren Hotel & Pool.

buy azithromycin online overnight The night featured an exclusive first look at Treble’s new web platform design, special acoustic performances from Treble alumni, @hailesupreme, @freakquencee, and DJ @bstn.jpg , with cocktails powered by Jagermeister. We got the chance to meet the Treble team, learn a bit more about the new platform, and all of what’s to come this year!

Initially built as an app to connect music creatives, Treble “accidentally” ended up creating one of the most organic cultural experiences in New York. Returning to this year’s SXSW Conference for a 5-day activation powered by Young Hero and in partnership with Taylor Bennett (younger brother of Chance the Rapper) and his Taylor Bennett Entertainment , Treble will also be kicking off national pop-ups of the Treble Tuesdays franchise.

Born from within Google’s “30 Weeks” incubator,Treble was initially built as an app to connect music creatives with each other. An in-hand solution to finding collaborators within New York’s music scene, the original Treble.FM platform racked up 25K members when the app launched in August 2017. Following the iOS launch Treble’s founder, Matt Bond (former Creative Strategist for Vice Media), began hosting weekly “happy hours” at his apartment in Bushwick.

Geared towards providing Treble’s product team with focus groups to test new design concepts, the “happy hours” also offered the local user base a safe haven to meet the creatives they had connected with on the app. The gatherings though quickly transformed into weekly concerts/networking events packed with emerging talent, and thus Treble Tuesdays was born. 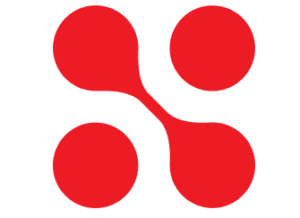 Boasting sponsorships with Jagermeister, Bira91, and JBL, along with activations at Art Basel 2017, and the 2017 & 2018 SXSW Conference & Festival, Treble is now gearing up for it’s beta-launch of the new web platform in March, with its official full-scale launch set for early July. Expanding globally in 2019, Treble is on the fast-track to becoming the unified home for creative talent in the music industry.

With the latest relaunch just around the corner, Treble’s updated web platform will be the first portfolio-based network powered by grassroots support and designed thoughtfully for the next generation of music. Essentially acting as an alternative to the antiquated EPKs and costly website builders, the value of the platform is connecting users to other creatives, and allowing them to create a full portfolio within a network.This aspect will then help Treble to identify top tier talent across the user base, and enable the team to submit artist portfolios for bespoke community experiences (i.e. performance slots at Treble Tuesdays) and non-exclusive paid opportunities across the board (i.e. music licensing, content and branding services, influencer marketing, and talent booking).

In the past, Treble has manually connected top talent within its community to career opportunities; spanning from collaborative studio sessions (with coverage in Complex, Mass Appeal, and NPR), booking opportunities (including gigs at Billboard’s Hot 100 Festival, along with events for Milk Studios and Creem Magazine) and more. In addition, the web platform boasts an editorial layer for artists to premiere video content, as well as curated playlists of people for on demand discovery, created by some of the industry’s best and brightest.

To coincide with their beta release, the team will be returning to Austin for its third annual SXSW activation. Taking place from March 11-15, Treble will be housing over 50 artists at its “Treble Village,” mirroring the Olympic Village concept but made for musicians in need of accommodations Spanning across 3 houses, each commune will feature a pop-up recording studio, and a collection of emerging artists and content creators.

Having made previous appearances at the 2017 and ‘18 Conferences, with acts such as OSHUN, Topaz Jones, Ezi, and The Skins; this year’s 5-day activation will include a Showcase on March 12, starting at 6pm, taking place at Austin’s famed Empire music venue. In collaboration with Taylor Bennett Entertainment and Powered by Young Hero, the event will include Treble’s famed Beat Battle with guest judges Anthony Killhoffer (Kanye West, Kid Cudi, Rick Ross) and Take A Daytrip (YBN Cordae, Juice Wrld), as well as break-through performances by Bennett, IDK, Valee, Kelvyn Colt, Brother Kamau, Supa Bwe, and more. To top it all off, Treble’s 1,000 Portraits Project (a campaign that offers 1000 emerging creatives free photo portraits), will be running throughout the duration of the week at the Treble Houses.

As if that were not enough, Treble Tuesdays will be hitting the road this Spring, with national pop-ups set to take place throughout the year. Produced in collaboration with Bennett’s T.B.E., Treble Tuesdays will be making its way to Chicago, kicking off on April 16th, with showcases held every third Tuesday of each month. The inaugural showcase will see performances by Bennett and DJ Caleeb (JuiceWrld), with more acts to be confirmed at a later date.

In addition to the Chicago launch, Treble will be going international taking over Berlin on April 30th; a collaboration with the brand’s liquor sponsor Jagermeister, and Baketown and Virtual Love. Already slated to perform are Kelvyn Colt, Che Lingo, and Alice Phoebe Lou. Additional pop-ups are set to take place in Los Angeles in September; Atlanta in October; and Miami in December, surrounding a 2019 Art Basel activation. As the digital user base grows and scales, Treble aims to eventually launch the Treble Tuesdays franchise in cities across the globe, all united by a shared weekly ritual.

After locking in the first official chapter of the NYC franchise at the end of last year; the launch of the new beta platform this March; official full-scale launch in July; and its biggest SXSW activation to-date, Treble is set to establish the brand nationally and internationally in 2019, and beyond. In an industry saturated with cutthroat personalities and superficiality, Treble has been able to rise above the chaos to provide value to a community of creatives in the New York underground music industry. From growing their Brooklyn apartment meetups, of over 100 artists weekly, to one of the most organic cultural experiences in New York, Treble has captured the zeitgeist of the independent artist and turned it into a movement.

lopinavir ritonavir pills For more information or to learn how you can join the Treble Community visit Treble.FM.

Coming to you with a Musical #TBT 🎶🎵 This past Tuesday we celebrated withTreble @treble.fm, NYC's underground music community as they gear up to launch its official web beta-platform next month at McCarren Hotel & Pool @mccarrenbk 🙌🏾 . The night featured an exclusive first look at Treble's new web platform design, special #acoustic performances from Treble alumni, @hailesupreme, @freakquencee, and DJ @bstn.jpg, with cocktails powered by @jagermeisterusa 💯 . Returning to this year's @SXSW Conference for a 5-day activation powered by Young Hero and in partnership with Taylor Bennett and his T.B.E, Treble will also be kicking off national pop-ups of their Treble Tuesdays! . . Are you a musical artist? Be sure to check out the Treble community and their new platform! 🔥 . . . . . . . . 📸@suedeporter #nycplugged #treble #treblefm #launchparty #brooklyn #bk #nyc #williamsburg #live #music #mcarrenhotel #livemusic #musicalperformance #sxsw #sxswmusic #musical #photography #musicphotography #concertphotography