Ovation TV, America’s only arts television network, has a new anticipated TV series, “Versailles” which tells the story of King Louis XIV, who ruled France for 72 years, the longest of any monarch in European history; and his time at Versailles, one of the most beautiful palaces ever built. Experience the story of King Louis XIV and all the controversy that comes with power, wealth, passion, and betrayal.

To celebrate the October 1st premiere and US debut, the Ovation Network hosted a three day extravaganza, which kicked off on Wednesday September 28th.

For kaletra vidal Day 1 of festivities the cast and among other celebs gathered at Bagatelle located in the Meatpacking District, which boasts a European atmosphere, for a totally experiential celebration. The night included dinner fit for a king and celebrated the art of food and wine, favorites of King Louis XIV. 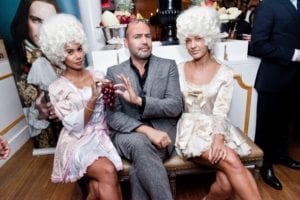 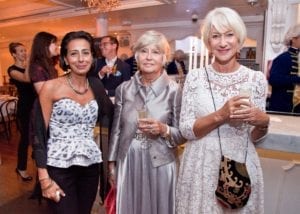 kaltura reach See more scenes from the night below!

Day 2 took place at Beautique, located in midtown, and named the Best New Restaurant in NYC, boasting a lounge which comes alive at night. This was perfect for the affair which delved into the history of French arts by way of graceful dance and ballet performances.

See more scenes from the night below!

Day 3 wrapped up the week at The Box, located in the LES. Known for its captivating and one of a kind experiences with can consist of fire eating, acrobatics and killer vocal performances. I would definitely recommend it for a night out! The atmosphere perfectly complemented the alluring visuals of Versailles. 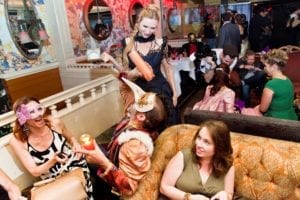 See more scenes from the night below!

MORE ABOUT THE SHOW!

Created and executive produced by Simon Mirren (“Criminal Minds”) and David Wolstencroft (“The Escape Artist”), “Versailles” is critically-acclaimed and has secured record breaking ratings on the BBC and Canal Plus (France’s leading network).

The 10 episode series, a historical scripted dram is set in France during the reign of Louis XIV and follows the rise of the King as he builds the Chateau de Versailles as the center of power in 17th Century France.

Catch the series Saturday Nights at 10pm EST On Ovation! Also available on Amazon Video (as far I can tell the 1st Ep. is free for prime members!) and iTunes.

More from the Series

Nothing feeds the soul like the best of music, art and food. A New Yorker by heart, scoping out all the awesomeness of this big ol' city.
@HarpersBazaarus x @Bloomingdales: Power Panel Event- Thursday October 6th Live at @837NYC Fall Concert Series: @HayleyKiyoko- Monday October 10th

Which Ingredient Do You Always Add in Your Salad?