Hilarious Comedy ‘Standing Up, Falling Down’ is Executed to Near Perfection at the @Tribeca Film Festival 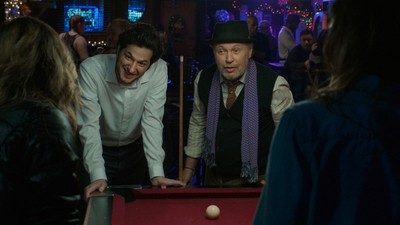 z pak during pregnancy Film: Standing Up, Falling Down

Synopsis:
Things are not going according to plan for Scott (Ben Schwartz), a stand-up comedian begrudgingly returning to Long Island after striking out on the Los Angeles comedy scene. He’s humiliated to move back in with his family and haunted by what could have been with Becky (Eloise Mumford), the hometown girlfriend he abruptly left for the West Coast. Wracked with doubt and facing the prospect of a soul-crushing “real” job, Ben finds an unexpected connection with Marty (Billy Crystal), a local dermatologist and charming barfly with a penchant for karaoke. Scott learns that Marty’s larger-than-life personality and alcoholism mask past disappointments of his own. As their unlikely friendship evolves, Marty and Scott find the strength to start confronting their long-simmering regrets.

get link My Thoughts:
Standing Up, Falling Down made its World Premiere at Tribeca Film Fest this year. Starring Ben Schwartz and Billy Crystal, this comedy will become an instant classic once released. The film, directed by Matt Ratner and written by Peter Hoare, is buddy comedy between a failed stand up comic in his 30’s and his dermatologist. Even the summary of the film makes me laugh! Out of all of the films viewed during Tribeca, I was most excited for this one because of my love for everyone in the cast and the captivating film synopsis. I was impressed when it exceeded all of my expectations!

Scott, played by Ben Schwartz, doesn’t make it in LA like he had hoped, and has to move back in with his parents. He meets Marty, played by Billy Crystal, and after going to him to check out a rash on his arm, the two form an interesting and comedic bond. Filled with friendship, romance, disappointment, and regret, Standing Up, Falling Down is a beautifully written film that speaks to everyone struggling in life. Filled with powerful messages that are bound to emotionally move those viewing it, this hilarious and poignant narrative is a near perfect film.

One highlight of the film was David Castañedas performance as Ruis. It’s hard to be in a movie starring Billy Crystal and Ben Schwartz, and still steal every single scene that you are in. His character was referenced several times in the beginning of the film by the main characters, because he played Ben Schwartz’s sister’s boyfriend. I thought he might’ve been a character that was spoken of but never shown, so I was pleasantly surprised when he finally made an appearance. The actor is also part of the ensemble cast in Netflix’s Umbrella Academy where he plays a Batman type superhero. It was nice to see he has range as an actor, and can perform in both serious and comedic roles.

I was also overjoyed watching the chemistry between Schwartz and Crystal unfold, creating a natural dynamic that shined through the screen. Watching them work together was an absolute delight. After the film was shown to the audience, everyone who was involved in the production, including the actors, director, and screenwriter, participated in a short talk and Q&A. Ben Schwartz spoke about how Billy Crystal shaped him as a comedian, because he was a huge fan of his work. Ben grew up watching and learning from Crystal’s stellar acting and impeccable timing. It’s incredible to be able to work with your role model, and I was happy to see that Crystal didn’t steal the limelight at all. Schwartz was able to hold his own while co-starring with a world class actor.

The film takes place in Long Island, which is where the screenwriter, Pete Hoare, is from. At the Q&A I learned that he wrote the script at the coffee shop that Ben goes to in the movie. What’s crazy about that, is that it wasn’t planned at all! I loved how the writer and the director were on the same page without having to sit down and discuss it. On top of that, there’s a scene in a temple, which happens to be exact same temple Billy Crystal had his bar mitzvah in! It’s clear from these fun facts that the cast and crew were in sync, adding to the authenticity of the film.

As I said in the beginning of my review, the film was ‘near perfect’ meaning it did carry some flaws. An ending often makes or breaks a film. While I did enjoy the ending, I didn’t love the fact that there were a lot of predictable parts, and there was a point where it was almost too cliché. Without spoiling anything, one of the characters makes a comment about lightning never striking twice and then at the end of the film you see lighting strike. To me this felt forced and unnecessary. If that had been removed before the film debuted, then I would’ve given it a perfect score. While the ending was slightly predictable and there were a few cringe-worthy moments, it didn’t really matter in the grand scheme of how amazing the acting, direction, editing, and cinematography was.

Let’s take a moment to appreciate the phenomenal cinematography the film showcased by Noah M. Rosenthal and director Matt Ratner. There is a scene in the film where Scott and Becks meet at the mall after not seeing each other for years. It was beautifully directed and shot, making it one of the most memorable scenes in the film. The camera circles around them for the entire scene capturing the raw emotion they are feeling while peaking the interest of the audience. The fast paced nature of the scene leaves viewers wondering what is going to happen next. Ben Schwartz described it perfectly at the Q&A, calling it “one of the finest scenes you’ve ever seen in cinema” which he clearly meant as a joke, even though I’m sure a part of him was a little serious.

I spoke with Ben Schwartz during the after party about his dramatic performance in the film. Ben is typically more of a comedic actor and gained a following after his iconic role as Jean Ralphio in the sitcom Parks and Recreation. In 2014 Ben starred in a short film called ‘I’m a Mitzvah’ which was a dark comedy about a young adult whose friend dies while they are on vacation in Mexico. While dealing with the language barrier, his flight is cancelled so he has to spend the day dragging around the coffin, while coping with his friends death. I saw “I’m a Mitzvah” years ago and was so moved by it that I still remember it vividly. It was not a well-known film, and I only watched it because I’m a big fan of Parks and Rec and Jean Ralphio was (and still is) one of my favorite characters. While speaking with Ben, I mentioned, while watching ‘Standing up, Falling down’ I was reminded of his emotional performance in the short film. He lit up as I spoke, and said that it was crazy that I came to that conclusion because the director had seen him in that film, and that is what made him [Matt Ratner] think of him [Ben Schwartz] for the part. I was able to get a better grasp on the film and the casting process after my enlightening conversation with Schwartz himself.

Overall Standing up, Falling down was filled with award winning performances which exceeded my expectations, and was a nearly seamless movie. I will leave you with a line from one of the most powerful and hysterical scenes, “Regret is real. It’s one of the few things in the world that is. Happiness fades. Sadness dulls over time. It just does. But regret? That shit is real man. That shit lingers.” Now if that quote alone doesn’t make you want to stop what you’re doing to see the film, I don’t know what will. This is definitely a must-watch.

lopinavir covid 19 VIA OUR 'IT LIST'! go to link

kaletra a alkohol Thank you.